A brief history of French Doors 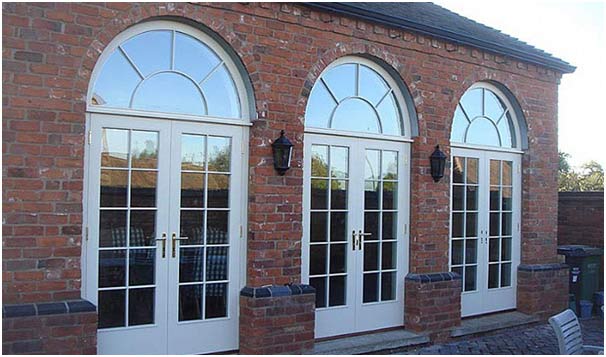 Whether you call them French windows or French doors, there is actually very little French about the origins of this type of opening.  It is widely believed that the earliest examples of French doors originated in Italy, Greece and Rome, and that the fact they are named ‘French doors’ or windows is more due to the fact they were popular in 17th Century France, inspired as a result of their victories in the Italian Wars, and therefore exposure to Renaissance design and architecture.

What do we mean by Renaissance design?

The Renaissance was a period between the 14th and 16th centuries in Europe, and the design and architecture of this time is very much inspired by the ancient Romans and Greeks.  It pays homage to the design features we would associate with the Romans, such as geometry, symmetry, columns, lintels and arches.

How did the Renaissance period influence window design?

During the Renaissance period, windows became high and rectangular.  They often featured balconies, so perhaps this was the start of windows doubling up as doors.

Windows were often set within semi circular arches and predominantly, they were used to bring light into a building and architecture as a whole.

Upon their return from the Italian Wars, the French took inspiration from these Renaissance designs, and they became a popular architectural feature across France.  They added their own spin to the design, by incorporating multiple panes of glass held by mullions.

French windows continued to grow in popularity through the Baroque period, as the windows became doors – used externally and internally to give not only the practicality of an opening but to allow plenty of natural light to penetrate the building.

How have French Doors evolved

French windows are generally considered to be narrower than doors, so the products that we find widely available today are French Doors.  Traditionally, they would have been made from wood and iron, though many today are uPVC, which loses some of the aesthetic appeal.

Find out more about French Doors and Windows from Rural Timbers

If you would like to bring the charm, natural light and Renaissance styling of French Doors to your home please speak to our team at Rural Timbers.  We combine expert craftsmanship with high quality sustainable wood products to produce bespoke French Doors and Windows to suit the style of your home.

Please call us on 01905 841199 or click here to email us with your enquiry, we look forward to speaking with you about your ideas and requirements.